Primary School teacher gets both children and adults running Two years ago, the only running James Baker did was as a linesman on a Sunday morning for his son's football team.

He had no interest in running whatsoever until his wife, Jo, convinced him and her two sons (aged 12 and 15) to participate in a local parkrun.  After completing the 5k run he was hooked and as a result his life would change for the better. 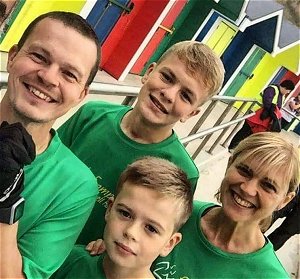 James, who is a primary teacher in a Bristol school, soon joined a local running club - Frampton Cotterell Harriers - and the coaches inspired him to undertake his LiRF qualification and set up two running groups for the school community which he proudly serves.  The first group is a 'School Gates' running group for parents dropping their children off at school.  The uptake has been great with at least thirteen keen members.  James has also created a Stanbridge Fliers group for the local community which runs on a weekly basis.

James told us, "My aim is to share my love of running and to enthuse people in the same way the coaches at Frampton have enthused me.  As a result of running I feel happier, healthier and energised.  Every day I ensure the six year old children in my class run half a mile and they love it!  Hopefully I'm helping them to develop a sporting habit for life.  I have even motivated the teaching staff into participating in parkruns." Teachers report increased attention spans and enhanced concentration in class for the pupils. 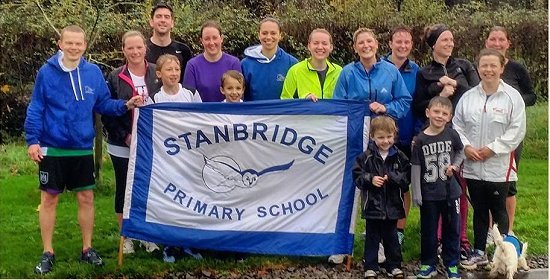 Next year James is running the London marathon with his wife for the charity Addaction.  "First it was 5k, then 10k.  Next came the Bristol half marathon.  My wife is always spurring me on," James confesses.  "What next after London? An ultra!?! That's my ultimate ambition and I'm sure with the help of the life-long friends running has given me through my running club, I am confident I can do it."