The event, comprising running a marathon each day for a week, was completed in an average time of 3:43.40.

Paul was raising money for Help for Heroes as part of his longer challenge to run 10,000 miles in 1,000 days. His next big challenge will be to run around the Island of Jersey at least twice (100 miles) in under 24 hours. 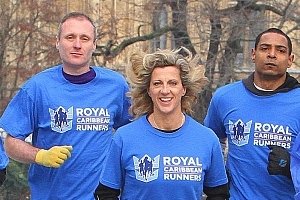 Paul is also a dedicated Run Leader - having been a long distance runner since the age of 17 and been coaching running for 20 years he took his Coaching Assistant and Leader in Running Fitness qualifications in 2011.  He  currently leads 7 Run England groups which 'specialise' in Half and particularly Marathon training.

He has also encouraged eight runners to become leaders themselves and Event Director and Run Director at Wanstead Flats parkrun for the past 4 years.  He told us, "I believe in 'be the best you can be' and running is a gift I like to share with others." 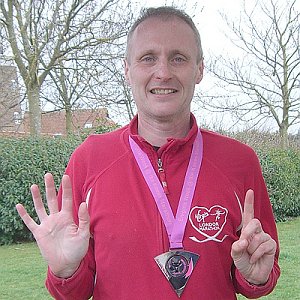 It is easy to see that Paul is passionate about his running and coaching and he is one of only a small number of groups specialising in structured/ progressive longer distance training at no cost - his 'advanced' RE group the "viewtube runners" meets in the Olympic Park each Sunday morning for longer runs and is led by Paul and and 3 other qualified Run England Leaders, who are all experienced Marathon runners.

Paul told us, "We've trained a couple of dozen few first time Half/ Marathoners over the last 17 months and group members have gained lots of PBs plus good placing in local races.  The group have just finished the annual Jantastic challenge as the top RE team and joint 3rd [medium sized] team and in the top dozen or so overall, out of hundreds of teams. Needless to say I've seen the positive effect running can have."

You can find out more in Paul's blog "Outrun the Zombeez" and his Justgiving page.

Has Paul inspired you? 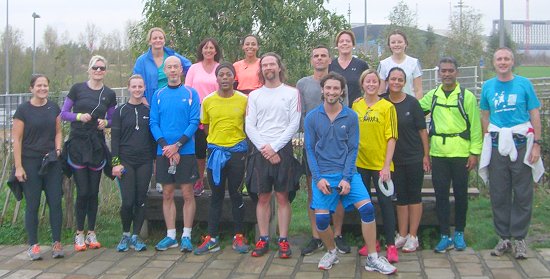