Special Discounts for AgeUK events in 2015! Run England members and group leaders are being offered special discounts on the entry price for AgeUK events in 2015.

This is a great opportunity for Run England members looking to keep motivated and raise money for charity – and perfect for those doing new year beginners' running courses!

The offers include 4 places for the price of 3 and a free place for Run England group leaders who accompany their runners. Members of UK Athletics affiliated clubs receive a £2 discount on the race entry.

There are three fundraising events being organised in the AgeUK 10k series in 2015; Tatton Park, Cheshire on 1st March, Harewood House, Leeds on 8th March and Crystal Palace, London on 22nd March. 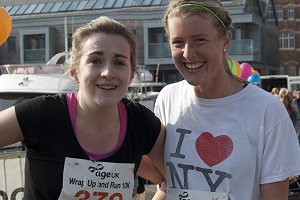 The events include chip timing, water stations, baggage store, post event text with your finishing time and prizes and awards for fastest runners and top fundraisers!

The 4 places for the price of 3 launched live in January 2015 and is offered for a short period only, but Run England groups will be able to take advantage of this special offer up until the event by contacting Fiona Jerman at AgeUK.  Run England group leaders will need to contact Fiona Jerman to apply for their free place: Fiona.Jerman@ageuk.org.uk