Has the London Marathon inspired you or someone you know? Did you watch the Virgin Money London Marathon and think you'd like to give running a go, or do you know friends and family who have been inspired?

Run England groups are a great place to start. You can search local beginner running groups at www.runengland.org/groups. Why not take a look and take your first steps into running or spread the word to your friends and family!

It was an emotional day as Paula Radcliffe rode a wave of support from south east London to Westminster as she bid farewell to the race that first inspired her to run and three world records were set in the IPC Athletics Marathon World Championships. 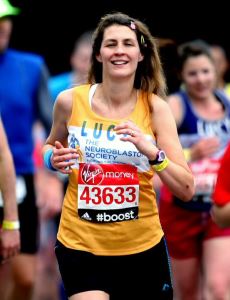 Race Director Hugh Brasher said: “Every one of our runners gets the unique experience of three-quarters of a million people willing them on to be successful. That just doesn’t happen in any other sport. You can’t play with the best in front of a packed crowd at Wembley or on Centre Court at Wimbledon.

“This event is great because of that emotional element that comes with so much support. It is hugely important.”

More than 38,000 runners and wheelchair racers set off from south east London on a damp and chilly morning yesterday and 37,675 crossed the Finish Line in The Mall by the end of Race Day, almost 1,000 more than the previous highest in 2012. This included many Run England Group Leaders and members.

Seventy-two-year-old Group Leader at Horsforth Harriers, Hilary Wharam, manages an arthritic spine but proved that age and disability need not stop anyone from chasing their dreams, running under six hours for the second year in a row in a fantastic five hours and 55 minutes.

Mum of two Annalisa Alexander, 37, who leads a beginner group at her local club Haslemere Border AC in Surrey, started running in 2011 after recovering from breast cancer. She completed the marathon in just over five-and-a-half hours to celebrate the end of her five year remission. Well done to Hilary, Annalisa and all the other Run England Group Leaders and members who took part. 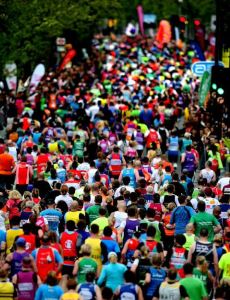 Run England groups are all led by qualified Group Leaders and welcome people looking to take those first steps into improving their health and fitness in a supportive, beginner-friendly environment - or those who have had a break from running due to injury or any other reason - and would like to get back into it. There are more than 2,500 running groups across the country, so if you're ready to pick a challenge and start improving your health and fitness as we head towards summer, visit www.runengland.org/groups to find a running group near you.

If you already run, why not pick a friend and a challenge (it doesn’t have to be a marathon – a local 5K or 10K would do fine!) and start preparing to achieve your goals together. You could even challenge a few friends, and set up your own running group at your work, where you study, through your local athletics club, or elsewhere in your community.

To find out more about leading a running group, visit www.runengland.org/leader. Remember - you don't need speed to lead, just the passion to help and support others.

Make sure that once you start running, you stay running injury free and motivated. Join Run England for free and opt-in to receive our eRunner newsletter to get £15 off running shoes at your nearest Sweatshop store along with other great benefits for members. Join Run England at www.runengland.org/signup.