Active Northumberland working in Partnership with The National Trust have created some of the most stunningly scenic Run England 3-2-1 running routes along the North Northumberland coastline.

Taking runners through areas of outstanding natural beauty, passing the iconic Dunstanburgh Castle following the coastal paths and travelling through Northumberland farmland, three routes have been clearly marked out with Run England way markers.  A running group, Dunstan Steads, has been created and led weekly by LiRF and coastal ranger Kate Bradshaw.

It was a win-win situation for Active Northumberland  to work with the National Trust; The N.T. wish to encourage folk into the great outdoors to appreciate our glorious coastline whilst at the same time preserving and protecting wild flowers, wildlife and preventing coastal erosion. By marking out clear routes and avoiding areas requiring protection, they did just that. 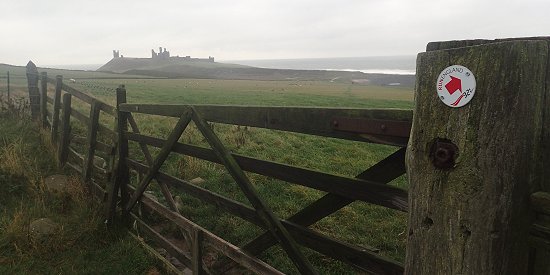 Active Northumberland are keen to reach out to rural locations and people that otherwise might not have the opportunity to engage in Sport. Both residents from neighbouring villages and hamlets, and holiday makers alike can now use these three routes. Walkers, ramblers, individual runners and small groups can all utilise the routes.

The three routes were launched fortnightly in April and May 2016 using social media, leaflets and word of mouth to advertise the launches. Each launch was successful and attracted both beginners and regular runners. The difference in ability wasn't an issue as the faster runners simply looped back occasionally to keep the group together.