Edward Batch runs for Hinckley RC and although only in his second year of running, has run 5k to Ultra. He's ranked 7th M45 in his postcode area with runbritain.  He ran the Grand Union Canal 145 mile non-stop race in May, and last weekend he completed the Leicester Marathon.

He was contacted via Facebook a few weeks ago to wear a charity t-shirt at this marathon to raise awareness for live organ donors. 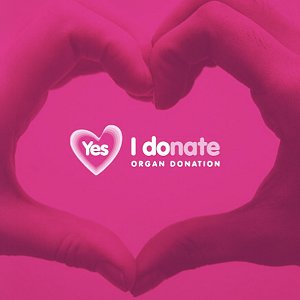 After some research into the charity, Edward agreed and proudly wore the shirt last Sunday.  He runs for the support and awareness rather than raising money.  However, he recently decided to donate something much more priceless - one of his own kidneys.

Edward told us, "As well as wearing the t-shirt, I offered to donate one of my kidneys. I wasn't asked to but felt it was the right thing to do."

The process is not as straightforward as saying "yes" - you have to pass tests and be compatible to the receiver, and everything takes a few months.  Edward has had his medical and now awaits the first set of blood tests.

Edward continued, "I have told the children's ward that if I am not a match then I will donate to any child that needs it that I do match. It will be a stranger regardless."

Edward hopes to be back up and running in no time after the procedure and recently completed a Leadership in Running Fitness course to become a group leader - he hopes to continue to give back to a sport that has given him a lot.