Workshops are aimed at Leaders who have attended the one day Leadership in Running Fitness Course and are leading a Run England Group in the county. Workshop topics included promoting your running group, footwear, running technique and strength & conditioning. Workshops will support existing Group Leaders as well as new Leaders who are just starting out. 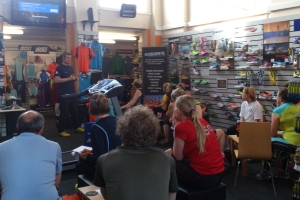 Katie Alexander from Stride Out Run England Group in Sheffield said: "I thought it was a really useful workshop and I personally learnt a great deal. I've been watching the running techniques in our running club and referred a few to have a gait analysis and get running shoes fitted as they're running in non-running shoes and are developing pain. Thoughts for future workshops are exercises to increase strength in various injury-prone areas, nutrition, fuelling and hydration, training for specific events, benefits of cross training and running during pregnancy and post pregnancy."

Wendy Duggan from Valley Hill Runners & Happy Monday Run Group said: "The strength & conditioning workshop for runners was really useful, probably one of the best sessions to date. I learned loads of tips and have already been passing them on. I asked Stuart about doing one for our club and we've got plenty of interest for it already. I’d like to say thanks for organising everything – it's been a great experience so far!" 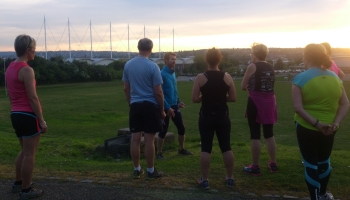 On the back of the three successful workshops, Emma Brady, England Athletics Club & Coach Support Officer for South Yorkshire has organised an additional four workshops to take place between September and December 2014. Accelerate Performance Centre will be delivering the workshops which will include running technique, five ‘rules’ of training, trail and countryside running and nutrition (see poster downloads below).

The dates for the four workshops are: 12 Sept, 17 Oct, 14 Nov and 5 Dec. Contact Emma Brady at ebrady@englandathletics.org for more.