Plymouth Argyle’s award-winning Community Trust has joined forces with Plymouth Musketeers Running Club to form new running group Argyle Musketeers!
The Football League Two club’s Argyle Community Trust is set to launch the national ‘Premier League 4 Sports’ project across Plymouth this September.  PL4S sees Premier and Football League Clubs delivering a range of Olympic sports to 14-25 year olds across different sites around the city. PAFC will soon be delivering fun Boxing, Athletics, Hockey and Netball sessions all over Plymouth.
PL4S hopes to provide chances for young people to take part in sport outside school hours and increase the diversity of sport as well as improve the infrastructure and supporting links between schools and clubs.
As part of this project, Argyle has teamed up with Plymouth Musketeers – England Athletics’ South West Development Club of the Year 2012 – to be able to offer fun and friendly running sessions every Wednesday night. 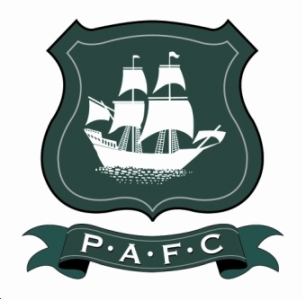 Each session, which will be free of charge, will cater for all interests. The aim of the session is to get young people, who want to improve their health and fitness to engage in running, without the pressure of joining a sports team. The sessions will be a way of meeting new people, having fun, whilst improving their health and well-being. Sessions are inclusion-centred, meaning any ability is welcome to join in the fun!
Qualified coaches from the running club will deliver the free sessions for 14-25 year olds, which will take place on Wednesdays (starting from 2 October) from 6.30-7.30pm at the football club’s Home Park Stadium.
If you’d like more information about the Argyle Musketeers, or would like to book a place, please contact PL4S Manager Dwain Morgan on 01752 562561 (ext 4) or dwain.morgan@pafc.co.uk, or alternatively click here to get in touch with group leader Neil Williams.