Run England has teamed up with the British Heart Foundation to offer Run England group leaders a free place in any of their fantastic London Jogs Series events taking place across London in 2012.

The jogs will take place in Regent’s Park, Clapham Common, Tower of London, Canary Wharf and Hyde Park and you can walk, jog or run anything from 1-10km depending on the location you choose.

With flexible distances, they’re a great target for all levels of runner. You can sign up by visiting British Heart Foundation website at www.bhf.org.uk/londonjogs. Entry costs £12 and everyone is encouraged to fundraise as much as possible. 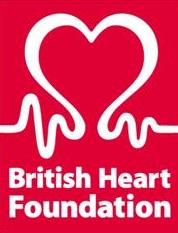 If you are a Run England group leader the British Heart Foundation would love to offer you a free place in any of their London Jogs* – simply get in touch with the event organiser, Kate Sparks, to secure your place. Email Kate at sparksk@bhf.org.uk  stating your group name.

Have fun, get fit, save lives!