Your country is calling. Will you answer?

Sport Relief is giving you the chance to represent your country and make the world a better place by lining up alongside celebrities and sports people on Sunday 25 March in the DHL First Nation Home - what an opportunity!

In March of 2012 four teams of celebrated sports people and celebrities representing England, Ireland, Scotland and Wales will race over 1,000 miles around the UK and Ireland in the biggest ever Sport Relief Challenge. The teams will start simultaneously in their home cities of Cardiff, Dublin, Edinburgh and London as they run, row, cycle and sail their way clockwise around the UK and Ireland from the 10th to the 17th of March 2012. For eight days they will push their bodies to the extreme as they raise a stack of money for Sport Relief. Every turn of the pedal, every stroke of the oar, will carry the hopes of a nation. 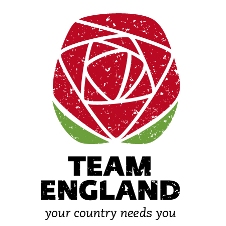 You'll watch this challenge unfold from your sofa, gently stretching and limbering up as you prepare for Sunday the 25th of March when you will join your celebrity team mates. Side-by-side you'll run the final six miles of this journey with them, as fast as you can for England and a better world. Your efforts will ultimately determine who wins the challenge and is crowned the First Nation Home!

As a supporting partner of the DHL First Nation Home, Sport Relief are offering all Run England members an exclusive opportunity to secure a place to represent their country.

What will you give for national pride and the chance to make a difference? Register now at http://www.firstnationhome.com/runengland.