Dominique Oughton started a running group for complete beginners in Marlborough in January, with sessions open to anyone of any age who wanted to start a healthy and active new year. Her aim was to get the group running 5k by the end of the eight weeks.

The very first session comprised of 8 x 1 min jog, 1 min walk (which the group found tough going!) but as the weeks went by the sessions gradually progressed and the group were showing steady improvement. The group were also set ‘homework runs’ as unfortunately running once a week is not enough to improve and reach the 5k target.

Dominique commented, "I am pleased to say that on week eight the group all managed to run 5k without stopping. This was such an achievement for them and they were so happy and proud of themselves."

A group member said, "I’ve met some lovely people who have helped boost my moral and made running fun." and another added, "I signed up to the running group to learn how to run properly over long distances. I used to run on/off in the past but never felt like I was improving."

By week eight the group's members were actually enjoying running, had made some new friends, felt fitter and achieved a goal they never thought they would be able to. With this high sense of achievement and the new found ‘running bug’ the group asked their Run Leader if she would continue the weekly sessions.

For example, one said, "At the beginning I could only run for about two minutes and would be desperate for a break, but now I can comfortably run for two to four miles!" and another commented, "What I’ve loved most about the sessions is that you never feel bad if you need a break or if you need to take it slow on the day, and what you do achieve is always celebrated." 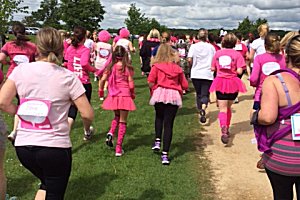 With her own sense of achievement and proud to see how far the group had come Dominique said yes, and planned and delivered another 10 week programme for them with an end goal of completing the 10k Race for Life in Swindon at the end of May.

Having inspired her group, Dominique stated, "I am very pleased to say that all completed the 10k challenged within a time of 1.03 to 1.15mins.  The group were absolutely ecstatic on achieving this goal and were so happy, as was I."

A group member said, "I will definitely continue to run and I hope to complete another 10k later this year.  A massive thank you to Dominique for being such an awesome coach, I would never have been able to run 10k without her encouragement." 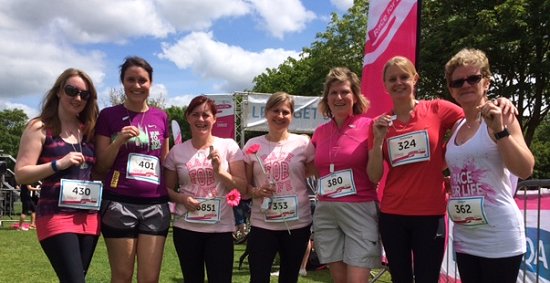