The D-Day 10k at Cosham and the Brackenwood Festival 5k at Basingstoke showed fantastic support for CF Awareness Week by welcoming teams and running groups from the Breathe With Me Strawfie Challenge to their respective events on Sunday 7th June.

Runners and spectators at both events joined in to take on the Strawfie Challenge – a campaign that asks people to try breathing through a straw for 60 seconds while pinching their nose.  This action allows people to experience for a short time, the struggle to breathe that people living with cystic fibrosis have to cope with on a daily basis. 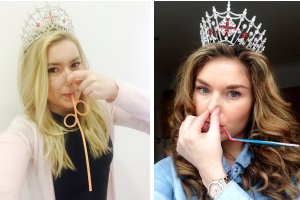 Miss Hampshire and Miss Basingstoke (both Miss England contestants) were both at the Brackenwood 5k event encouraging the runners to take part with the Strawfie Challenge.

Running is a popular way for supporters to fundraise for the Cystic Fibrosis Trust.  Any exercise that regularly ‘jolts’ the body is also beneficial to people who have cystic fibrosis – it helps to shift the thick sticky mucus that is a characteristic of the disease.   Therefore the support of the running community is greatly appreciated. 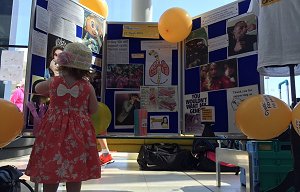 “We want to thank the organisers of both events and we would love to get other running events and running groups to take part in the Strawfie Challenge” said Gemma Daysh, mum of 19-month-old Ivy Weir, who has CF.  “The campaign is ongoing throughout the year and anyone can take part.”

Gemma, from Farlington, who attended the D-Day event with Ivy and other family members said, “The idea is that people try to breathe through a straw for 60 seconds while pinching their nose.  Once they have experienced that restrictive sensation, we ask them to take a straw breathing selfie – a ‘Strawfie’, and post it on their Facebook page or Twitter and nominate some of their friends to take part.

They can also make a donation by texting BWCF64 £3 (or other amount) to 70070.  In this way we can spread awareness and get people talking about cystic fibrosis.  We have had Strawfies sent to us from as far afield as Australia and the USA, so this campaign is really beginning to make people sit up and take notice.”

CF Awareness Week runs from 6th to 13th June Strawfie Challenge Facebook page and why not organise a group Strawfie with your friends to show support for the 10,000 people living with cystic fibrosis in the UK?  You can also post your strawfie photos here. 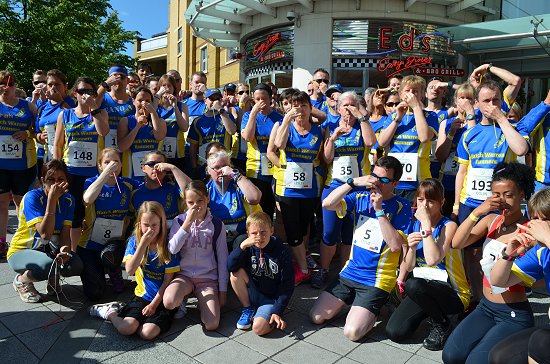 You can read more in the local press: