These girls can... parkrun! Building on the success of the recent This Girl Can campaign and with International Women's Day 2015 on 8 March, parkrun seized the opportunity to celebrate what they are doing to embrace all demographics, including women.

Statistics show that, in the UK, the level of physical activity of women lags far behind that of men. However, whilst IWD shone a light on some of the problems that are faced by women the world over it also presented us with a chance to celebrate the great things that organisations are doing and shine a spotlight on success stories.

parkrun compiled the following case studies celebrating the wide range of women who take part in their events: 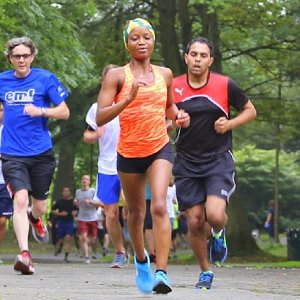 Shami is 33 and originally from Zimbabwe. She has lived in Leeds for almost ten years where she works for an aid organisation.  "A friend convinced me to run with him along the towpath of the Leeds Liverpool canal in May 2011 and although it was not a great experience I allowed him to take me for another run a week later which, surprisingly, I enjoyed. I ran my first parkrun on Christmas Eve 2011. Since then my times have gradually improved, and I’m proud to be able to say I’ve been the first female finisher nine times among the 100+ parkruns I’ve completed. What I like best about parkrun is how inclusive it is and the sense of being part of a community. I quickly went from being "just another parkrunner and leaving straight after my run, to having lots of people to chat with afterwards." 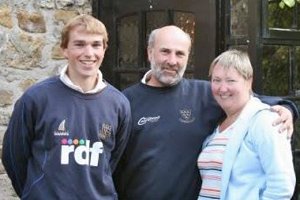 For years Mandy, aged 51 was the Mum driving her son Jacob, to football, tennis, athletics, cricket, swimming...  She was the one on the sidelines giving enthusiastic support.  But Mandy herself hadn't exercised for years and had most certainly never run before. She  had been told that she needed a knee replacement and that it would benefit her to lose weight.  When Jacob wanted to start parkrunning, she would go down to parkrun and support Jacob and hubbie, Gerald as well as the other runners wishing she could do it but not thinking it possible.  Whilst cheering runners on at Preston Park Mandy would notice that it wasn't all speedy, lycra-clad athletes.  "One day, when the parkrunners weren’t there, I went down to Preston Park with my husband and we walked the course in its entirety.  It took 70 minutes.  I still felt too embarrassed to join the weekly run but I continued walking in the evenings and at weekends.  Finally, a few months later, I plucked up courage and did my first ever parkrun which I completed in a time of 58:24 minutes.  Since then, I’ve completed over 30 parkruns with more than a dozen PBs and taken over 10 minutes off my time – which I still can't quite believe! parkrun has changed my world.  I now run every week and I’ve lost three stone in weight.  I’ve just joined the team setting up a brand new junior parkrun which is due to go live shortly - and Jacob, now 23, will be the Event Director." 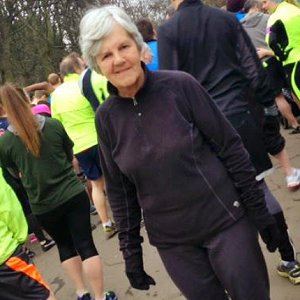 Joan is a 75 year old mum of four, grandma of six from Leeds. Joan didn't really have much of an interested in school based sport. "When I was in my mid 50's I finally had a bit of time to myself. I decided to join a local running club where my husband (a talented marathon runner) was a member. I continued with the running club for a couple of years and during that time took part in a small number of local events, running between 3 miles and 10k. Although I've continued to enjoy walking, parkrun got me back into running. At the age of 75 I’m still keen to keep fit, and I’m grateful to still be fit enough to run. I love the social side of parkrunning. The fact that it doesn't matter what time I get, I just do it at my own pace. I love the support of the volunteers and it's great to be taking part with my children and grandchildren alike." 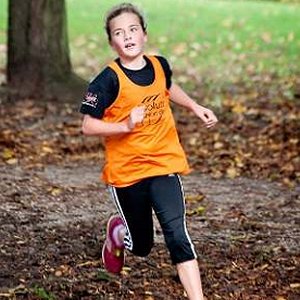 Georgie is currently preparing for her SATS at school. She has always been active, in fact she never walks anywhere she normally dances! "18 months ago I had never really run. I didn't really like my first parkrun, it was hard and I wasn't that good at running, I couldn't walk down the stairs the next day! I went back though and week after week I got better so much so that after a while my mum couldn’t keep up with me! Supported and encouraged by the friends I had met at parkrun, I joined a triathlon club and then an athletics club, and this is when I saw my running times improve. My highlights have been being selected to represent my County in a cross country competition, winning the monthly Sweatshop prize for my running and volunteering, and collecting the junior points trophy."

If those stories have inspired you, you can read them in full, and many more - at www.parkrun.org.uk/news