Heading out for a run to celebrate the summer solstice?

This weekend (Saturday 21 June) sees the UK's longest day of the year and with the sun shining over much of the country, more people than ever are likely to be lacing up their running shoes to enjoy the sun.

If you feel like you've been seeing more people out running along your local paths and trails, you might not be imagining it as Sport England's latest Active People Survey released last week shows that more people are heading out running at least 30 minutes once a week.

The number of people aged 16 plus taking part in athletics has grown by 138,000 in the last six months, to reach 2.15 million, compared to 1.95 million the previous year, with the majority being recreational runners. 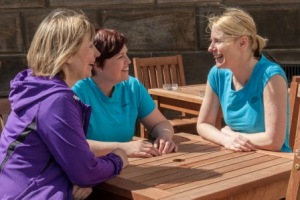 Running is the perfect way to celebrate the summer solstice, whether it's by taking part in an organised event, gathering some friends together for a social group run or heading out for some peaceful alone time.

If you are heading out for a run this weekend, join 'Run England' on Facebook or @runengland on Twitter and let us know what you're up to. Whatever you have planned, we hope you have a great running weekend!

If you need some inspiration when planning your running route, search our marked out 3-2-1 routes at www.runengland.org/routes to see if there's one near you. If some company is what you need to help motivate and support you to get running, why not search for your nearest beginners' running group, at www.runengland.org/groups.