Less than a month to go to the 2015 London Marathon

It's less than a month to go until the 2015 Virgin Money London Marathon - read more on last minute tips, those taking part, and inspiration for those who want to start running! 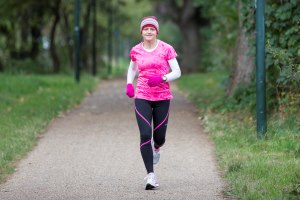 Marie Stephenson is running to raise money for  two charities close to her heart  – Kidney s For Life and Kidney Research UK.  Marie’s son John’s kidneys were removed.  “My kidney was donated to John, and we haven’t looked back since. “Before I donated my kidney I decided to get as fit a s possible so I could recover quickly for  John.

Tom Pope will run with his sister Emma, cousin Joe and family friend Laura in memory of his mum Jane.  “I never really understood why people took up running; I had always played football  instead.” Said Tom. “Then I realised I wanted to do something positive and put a smile on Mum’s face.”  With the encouragement of her family and friends, novice runner Emma signed up to run the London Marathon alongside her brother, cousin and friend." We are all part of an online group and we cheer each other on to  keep going. Whenever I run, I get an image of Mum running next to me.

Nick and Kit Pope will be running in memory of  their good friend Harry, who died of pancreatic cancer aged just 39.  Nick says: “I am running the 2015 London  Marathon to honour them. I’ve never run a marathon  before and I’m working hard to slim down and speed up.

Sadie Phillips will be running the 2015 Virgin Money London Marathon for the first time. She was diagnosed with cervical cancer in 2012 and later that year had to have a hysterectomy.  Abnormal cells were then found after a check-up in January 2014. The tumour this time had to be treated with chemotherapy and radiotherapy. In August, Sadie went into remission once more and she now can’t wait to step up to the challenge of running the London Marathon. 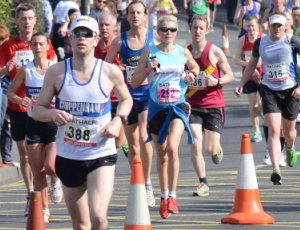 Formula 1 star Jenson Button - former world champion and keen runner will be making his Virgin Money London Marathon debut in April and is hoping to beat his marathon PB.  Joining him is British fashion designer Henry Holland, former professional cyclist Chris Newton, and famous faces from the world of television drama Juliet Aubrey, Helen George and Dervla Kirwan.  Scottish television presenter and radio DJ Jenni Falconer who is also an advocate of runbritain will run her fourth London Marathon and model and Run England supporter and group leader Nell McAndrew (pictured) will also be in the lineup. 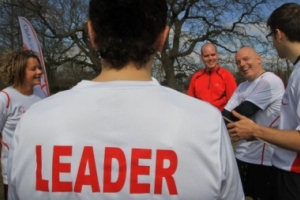 Run England running groups are led by qualified leaders and are a good option for those of you who want to prepare for your first big event (it doesn't have to be as ambitious as a marathon!).

Group leaders can offer support and advice, and the other members can offer encouragement, motivation and people to run with.