It was a very cold, wet and windy morning on Sunday 6th December when over 80 members of the award winning, Sheffield-based Strideout Running Club for Women and Kids took to Loxley Valley and turned the Percy Pud purple.

This is a 10k road race organised by Steel City Striders, held every December where runners receive a Christmas pudding for their efforts and for many it signals the start of Christmas.This year it took just over 2 hours for all 2200 entries to sell out, so numbers are in high demand. 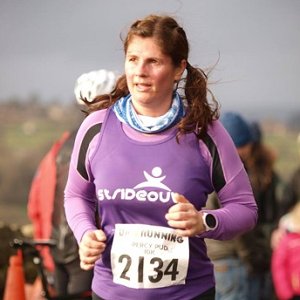 For many of the 80 Strideout ladies it was their first race and for some it is the only race they take part in. Many of them smashed their PBs and many were happy to enjoy the atmosphere and just run with friends.

“It was my first 10k and there is no way I would have completed the race without all the help and support of Strideout each week. The race was great, despite the howling wind and meeting up with the purple vests really helped settle my nerves, the shouts of COME ON STRIDEOUT really helped keep me going” said Katy Rogers. 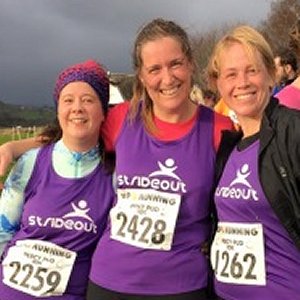 There is always a great atmosphere with the out and back route giving the runners  a chance to cheer each other on, whether you are on the way out on heading for home.  “You are constantly looking for the purple vest on the other side of the road to cheer each other on and then when you hear shouts of GO ON STRIDEOUT it drives you that little bit faster” said Emma Dickinson, one of the Strideout Run Leaders. 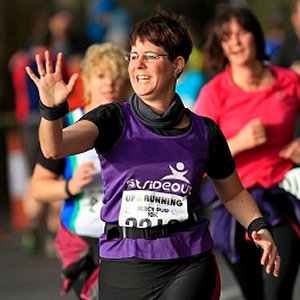 Luckily when the starter's horn went the rain had stopped and the majority of the race remained dry, if not still cold and blustery for the 2200 runners. The route takes them along the picturesque Loxley Valley on the outskirts of Sheffield and undulates slightly around Damflask Reservoir.

Gay Fletcher and Andrea Barber who launched Strideout in May 2011 were along the route cheering all their lady runners.  “I was overwhelmed, proud and impressed by the effort everyone put in” said Andrea.

Many of the Strideout ladies have donated their Percy Pud Christmas Puds to a local charity supported by one of its members Sharon Marriot. The charity cooks Christmas Lunch on Christmas Day for a large number of isolated older people who would otherwise be home alone. 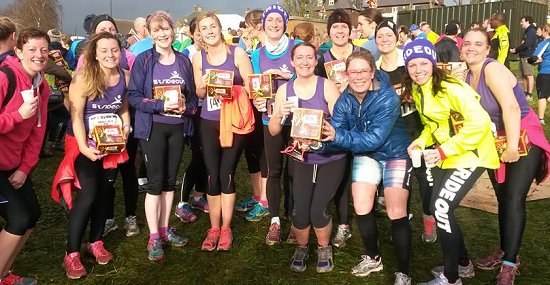