To mark International Women's Day we spoke to three inspirational women who have shown the remarkable things that can be achieved through running.

These profiles tell stories of transformation, overcoming the odds, happiness, friendship, encouragement, leadership and much more!

Helen Pascoe, 39, Cornwall – One and All Running

Ten years ago Helen (above) was overweight and approaching her 30th birthday, so she decided to set herself the challenge of completing Exeter’s Great West Run Half Marathon. Since then running has taken Helen all the way to Addis Ababa, Ethiopia where she met one of her heroes – legendary distance runner Haile Gebrselassie – at the Great Ethiopian Run. She has also lost six stone and managed to knock off huge chunks of time on her regular running routes.

In 2012, Helen decided to encourage other women to follow her lead: “I started to notice that people would say “I wish I could run” or “Can you help me train?” so I decided to become a Group Leader in 2012, gaining my Leadership in Running Fitness qualification.”

Helen now leads the One and All Running Group in Camborne, Cornwall, and has some great advice for new runners: “Getting the correct footwear is important. A gait analysis at a local running store is really useful. I’d also encourage beginners to join a local running group, but then pair up with other members and go running together outside of the group sessions too.”

Despite losing six stone and improving her fitness so much, Helen’s real reason to run is the feeling of freedom it gives her: “I love the feeling of running, that feeling of freedom – it’s just you and the elements and I love inspiring other people to love running too! Quite a few of my group members have caught the running bug, and that puts a smile on my faces every time I lace up my trainers.” 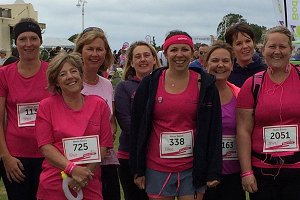 Running played a large part in Kenza’s childhood, her father being respected athletics writer and commentator Cliff Temple. She sadly lost him before her teens and at the same time lost touch with running. In 2005 she briefly reignited her running flame at the London Marathon which she ran for a leukaemia charity after her brother became ill with the disease.

In 2012, after being inspired by the Olympics and Paralympics, Kenza decided to get back into running. After struggling to find a club which fitted in with her busy lifestyle of full time work and two kids, she made the big step of taking a Leadership in Running Fitness qualification and setting up her own Run England Group - The Blister Sisters (above, right) - with the support of the local Run Kent Project – for her and other mums and women in similar situations.

After a tentative start, the group has gone from strength to strength and now sees more than 60 members attending each week. Kenza, who in 2014 took a further coaching qualification, said: "I think The Blister Sisters is a great example of what you can achieve with the right support and encouragement. There are a number of women running with us now who were convinced that they ‘couldn’t run’, but with a bit of persuasion they gave it a go and the best news is they are still coming back for more!" 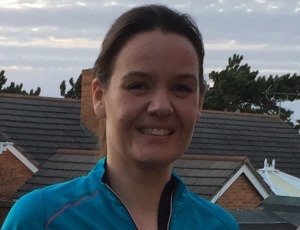 Cat (right) only took up running in September last year, but has already come so far thanks to the incredible and supportive Group Leaders at Tewkesbury Allrunners. Cat suffered with ankle pain from the age of 11 so never thought running would be something she could do. A corrective operation in 2003 saw the pain subside but it was having her second child that really made her want to get into running: “Childcare meant I needed an alternative to the gym that would take up less time. I needed to do something active that would allow me to kick back and have some me time.”

In the last six months, Cat has gone from the ‘Reds’ group which steadily progresses members up to completing a 5K, to the ‘Ambers’ who run for three to five miles, and is now in the ‘Greens’ group, running around five miles in each session. She even ran her first race just before Christmas, dressed as a Christmas tree! She said: “I never dreamt I could do this and run as far as I can – or even more than 100m!”

Around 60 people turn up to Tewkesbury Runners each week and Cat has a trip to Majorca planned for the summer, where she and some friends from the running group will run in a 10K event as part of a running holiday! “Throughout my short time running, the Group Leaders Kathy and Kerry at Tewkesbury Allrunners have been there to support and push me when I needed it, I am blown away by how far I have come – it would appear that this girl really can!”

A huge thank you to Helen, Kenza and Cat for sharing their experiences with us! If they've inspired you to get into running, visit www.runengland.org/whywerun to find your nearest group, unlock incentives with free Run England membership and celebrate #WhyWeRun!