A set of 3-2-1 running routes – which consists of three, two and one mile loops and is available for anyone to have a go whenever they want – has recently been set up in Stanwick, Northamptonshire. 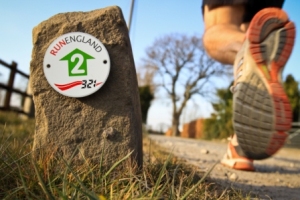 According to the route providers, the route in Stanwick is traffic free, in a lovely scenic area and provides a great way for people to track their progress or set themselves a new challenge, regardless of their ability.

Sarah McVeigh, Jog Northants Coordinator, said: “The launch of the 3-2-1 route at Stanwick Lakes is great news for Northamptonshire! The area has a strong number of running groups and athletics clubs and the addition of this new running route offers yet another opportunity for people to get out running!”