Yesterday we featured top ten tips from double Olympic marathoner Liz Yelling and today we have compiled a list of shorter gems ahead of Sunday’s Virgin London Marathon.
We asked some of Britain and indeed the world's top marathon runners and coaches, including World Record Holder Patrick Makau, for words of advice for first time marathoners in the Virgin London Marathon on Sunday. One of the overriding themes was to be conservative with pace and not to set off too fast! Read on for more words of wisdom...
“Focus on the good work you’ve done and let the training take its course” World Record Holder Patrick Makau of Kenya says he was feeling tired prior to his record performance, but urged first time runners not to be too worried if they feel a bit tired on the day.
“20 miles is halfway!” Paul Evans is an Activator for Run England in Norfolk and Suffolk. He also happens to be one of Britain’s best ever marathoners – his time of 2:08.52 puts him fourth on the UK All Time List. When we spoke to him, he could not stress enough the importance of sensible pacing: “It is just a 20 mile warm up with a 10K at the end, so undercook the first half of the race – being one of the minority of runners passing others in the latter part of the race is very uplifting! Run the first two thirds of the race with your head and the last third with your heart. The marathon is an emotional rollercoaster, you will go through many highs and lows, so have your plan and stick to it... race smart!”
“Stress the positive from the word go” England Athletics National Coach Mentor for Endurance Bud Baldaro echoes Kipsang’s stressing of the importance of positivity, and also of breaking the distance down into segments: “Take each mile in its own right and just focus on that mile. Don’t be dragged into too fast a pace and don’t panic if the early miles are behind schedule.”
“Don’t let the crowd influence your pace” Dave Sunderland, England Athletics National Coach Mentor (Middle Distance & Steeplechase) says it’s important to keep “hydrate constantly” (but don’t overdo it) as well as run at your own pace, which should be as economical (even-paced) as possible. 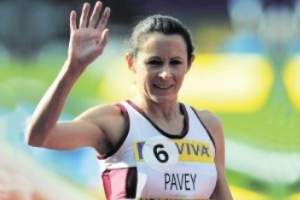 “Being organised will help you to feel as calm as possible during your final preparations” Jo Pavey, who has run at four Olympic Games and is one of Britain’s fastest ever marathon runners with a best of 2:28:24, says that being nervous is an inevitability, but being organised will can calm those nerves: “Get all your kit laid out the night before. Write yourself a list of timings for your Pre race meal, time to leave hotel, time at start line. Make sure you have some mile splits prepared.”
“Have a cup of black coffee as soon as you get up on Sunday morning” Run England project leader and runbritain MD Geoff Wightman, who himself has run 2:13:17 for the marathon, has some practical advice ahead of Sunday’s big event: “The mild laxative effect of coffee could prove useful in the morning of the race!” He adds: “Stop drinking 45 mins before the start to allow system to clear, and if possible try to go for a gentle walk on the afternoon after the race to help avoid next day stiffness.”
Good luck to everyone running the Virgin London Marathon on Sunday!