The Mental Health Foundation says that about one in four of us will have a mental health problem at some point in our life and most of us go through times when we feel down.

Research shows that exercise can be as effective as anti-depressant medication in treating mild to moderate depression, which is why exercise therapy is available on prescription in many areas, and joining your local running group would be the perfect way to use exercise to combat these issues.

On 9 September, a report released by the English Federation of Disability Sport (EFDS) revealed that people with mental health issues are less engaged with sport and physical activity. EFDS’s study explored disabled people’s lifestyles and their participation in physical activity. The research highlights some stark findings for people with mental health issues.

People with mental health issues are much less likely to be engaged in sport compared to people with other impairments: 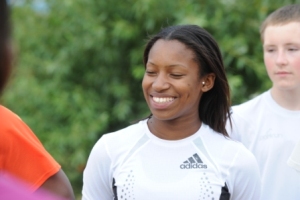 As well as the barriers to sporting participation, the research also highlights a number of opportunities for policymakers and sports providers:

At Run England, we recognise the contribution that running can play in supporting wellbeing and mental health. So on world mental health day we are encouraging everyone in the world of running to find out more about mental health by visiting www.mentalhealth.org.uk/help-information or looking at some of the publications listed below:

We also want to promote running to people with mental health conditions by sharing the benefits listed above and encouraging running groups to share the information they learn with other members.

For more information, or to get involved in World Mental Health Day, visit www.mentalhealth.org.uk/our-work/world-mental-health-day.